How can I make projects private to a role? Print

Please note that the below functionality is only applicable to GlassFrog v5.

However, you can activate the internal functionality by starting a meeting for the role in question.  If it's a single-filled role, the role filler should have the "start meeting" function from the three dots to the upper right of the role page.  If it's a multi-filled role, the "start meeting" button should show up in the usual place.
You don't have to do anything in the meeting, just open it and then close it, to indicate that you'd like the role to be treated more as a circle.
After that, the role will be treated as a circle, and you will be able to assign projects to yourself as "Circle Lead" of the role, which you can then set as private to the role itself.  Assigning the projects to "Circle Lead" inside the role will make them internal, as opposed to the ones assigned to the role itself, which are always external.

Here is the same role, after the above process.  Note the new drop-down option allowing you to view projects that are internal to the role, external, or all projects: 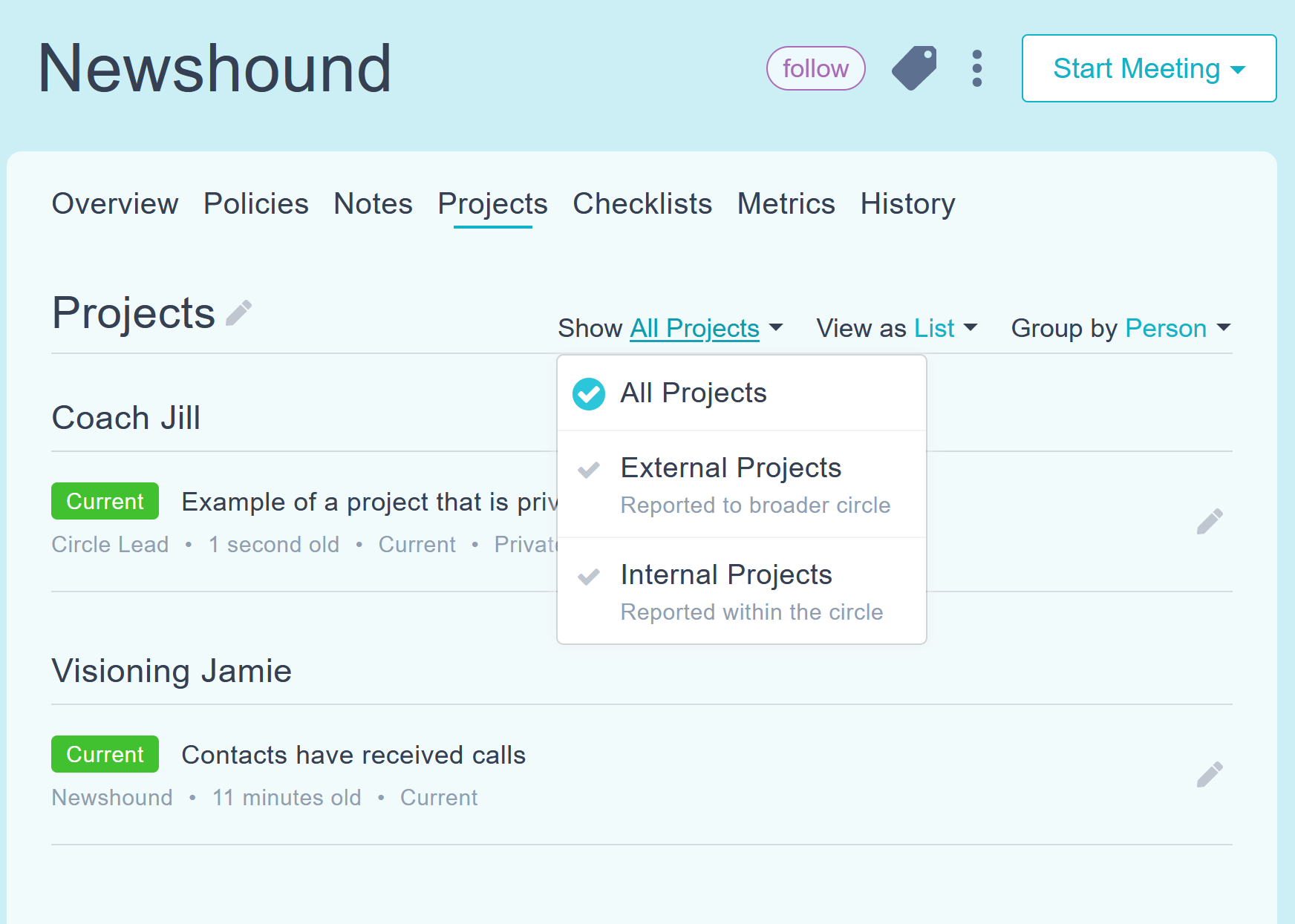 As always, please note that privacy settings do not ever prevent GlassFrog Admins from seeing all the projects.