How do I assign Secretary, Rep Link and Facilitator? Print

There are three roles that are elected, rather than assigned. Those roles are Facilitator, Rep Link, and Secretary.

Note: Per the Holacracy Constitution, all core circle members are eligible for election and each may hold multiple elected roles, except for the Lead Link of a circle, who may not be elected as its Facilitator or Rep Link.

Elections can be held before or during Governance meetings.

Each election will be for a fixed term, announced by the Facilitator (when there is already one) at the beginning of the process. 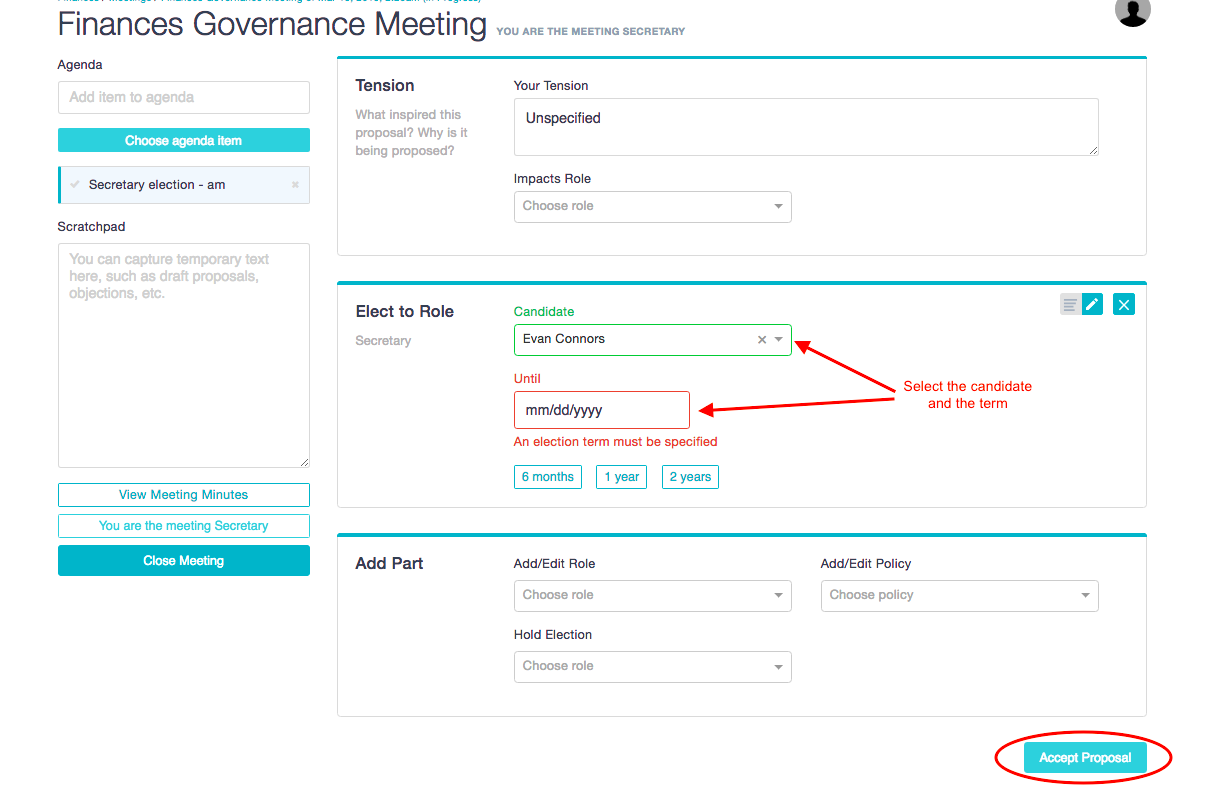